WEEDON won the GURNEY CUP again (for villages with a population of 500 and under) in the Bucks Best Kept Village competition.

Weedon’s score was 89% - our best-ever score in the competition. As in 2016, we got 14 marks out of 15 for overall appearance and evidence of community effort. The judges were extremely complimentary in their remarks, as you can see in the detailed table here.

WEEDON won the GURNEY CUP (for villages with a population of 500 and under) in the Bucks Best Kept Village competition, and we were also awarded the SWORD OF EXCELLENCE as the highest-marked winner in any category.

Weedon’s score was 86%. We scored no lower than 70% on any one feature, with full marks on the park, children’s play area, nature conservation areas and noticeboards, and a fantastic 93% on overall appearance and evidence of community effort. The judges were extremely complimentary in their remarks, as you can see in the detailed table here.

The awards were presented by the Lord Lieutenant of Buckinghamshire Sir Henry Aubrey-Fletcher and competition chairman Richard Pushman to Weedon Parish Council Chairman Joanna Rose on Saturday 17th September 2016. Here are some pictures of the presentation.

We last won the competition in 1997. Here are the Bucks Herald article and picture from that year.

We arranged for the pedestrian/vehicle double picket-style gate at the entrance to the footpath and Fortescue track on lower High Street to be replaced with an exact custom-made replica.

In the year of the hundredth anniversary of the start of World War I, the parish council undertook a full cleaning and repair of the Weedon War Memorial. A grant was obtained from the War Memorials Trust to cover half the cost. The Weedon and Hardwick memorials were erected in 1921 with funds raised by public subscription. A copy of the Bucks Herald article covering the official opening in May 1921 is on the History pages here.

Here are some before and after pictures of the memorial.

We carried out a consultation in 2012 to establish what new play equipment would be appropriate for the Park. We were successful in obtaining a £47,000 grant from WREN for outside funding to add to £15,000 of Parish Council reserves, and with the generous additional help of the Anson Charitable Trust, we have been able to develop a playground that meets current best practice with high play value for children from 0 to 14 years and looks great!

The playground was certified by ROSPA safety inspectors on 20th August 2013, and opened the next day.

The official ribbon-cutting ceremony was performed by Pat Johnstone and Jean Wood on Sunday 1st September at the Weedon Village Barbecue and Jazz event.

We worked with Race Computing to design this new website.

Following expert advice from an Ecological Consultant who had examined over 1,000 ponds in the region, and oversaw the works to Walton Pond in Aylesbury, in December 2011 while the water was low, we dug out the silt from the pond base.

Following all the rain in 2012, the pond re-filled nicely, and we are now looking at planting more “duck-proof“ margin plants like the irises around the edges of the pond alongside the side/back wall and fence. We'll also be digging out the stinging nettles and replacing them with the sorts of plants the consultant recommended.

These pictures were taken immediately after the silt clearance. 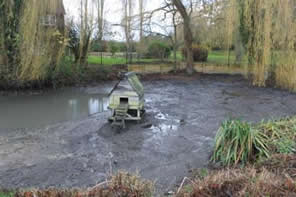 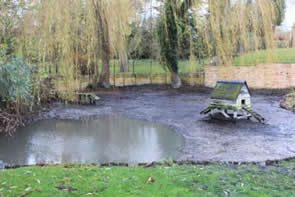 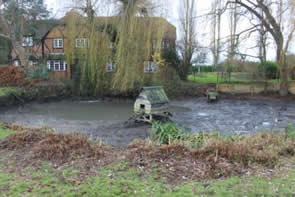 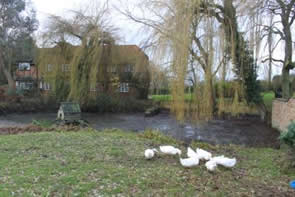